This Sunday just gone saw 5,500 walkers take to the streets to support the Royal Marsden Cancer Charity with their annual Marsden March, and we are very proud that our own Adam Jones was one of them.  Swapping the Scanprobe Servicing Department for the cold streets of South London, Adam, joined by his wife and friends, completed the 5 mile course and in doing so raised a whopping £1,115.00 (so far) for the charity, contributing to the overall fundraising total of £1,038,268.00 for the charity from this year’s event – a truly amazing collective achievement.

As with a lot of the walkers on the day, this charity has a particular connection with Adam and his team, as they have been supporting the charity through the efforts of “George and the Giant Pledge”, a fundraising drive by family friends Woody and Vicki whose 4 year old son George is currently battling cancer.  Having been supported fantastically by the NHS, they have been determined to help support this service and the fight against childhood cancer, and through “George and the Giant Pledge” aim to raise an astounding £1,000,000 for the Royal Marsden Hospital.

Speaking to Adam after the walk it was clear that the event was more than just about those walking the course, and in fact there came a great sense of community and awareness being generated for this hugely important cause.  Pubs on the route were handing out free (non-alcoholic!) drinks to participants, there were volunteers spanning the course before, during and after the event, and not to mention the hoards of supporters and well-wishers who came out in the chilly weather, and at the end the walkers were also treated to a live band.

Well done Adam, Suzanne, Alan & Jenny (and of course everyone else who took part!), and if you would like to support their collective cause for George and the Giant Pledge, you can donate here – no donation is too little for such a big cause. 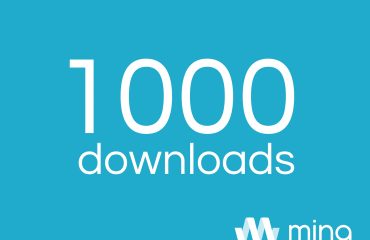 The TrapJumper Launches at No Dig Live 2018

PlumbDrain, Johannesburg: on the stand with Octopus Electronics